A three month effort to add concurrent-safe memory reclamation to the runtime of the Chapel programming language. Originally developed as a near zero-cost abstraction to handle reclamation of a component of the runtime, called privatization, which is responsible for keeping local copies of a data structure on each compute node, as it currently leaks whenever the table of objects are expanded. This effort was done in collaboration with Michael Ferguson, and also eventually lead to the RCUArray) abstraction that I published later. While it was eventually merged, it was later reverted due to issues with portability on a select few systems. At time, I no longer had time to work on the project and so it stagnated. Currently, it is hosted in Chapel’s ‘attic’, an archive of research work that is no longer being worked on.

For Google Summer of Code internship, I created a distributed data structures framework for Chapel, called the ‘Collections’ module, which provide the first pseudo-interface. I have also created two novel data structures, that at 64-nodes (3072 processors) on a Cray-XC40 outperform a naive implementation by at least two orders of magnitudes. One was an ordered Deque, outperforming by ~100x, and an unordered Bag (Multiset) that outperformed by ~500x. Both are the first of their kind, and are a result of experimentation and taking the best ideas from various publication, even my own.

For the summer of 2016, I was 1 of 12 selected for Lehigh University’s R.E.U program. For my project, I was tasked with something that even my advisor, Michael Spear (corresponding athor of our publication), thought probably wasn’t even possible. It was this notion, that the outcome of the project is non-deterministic, that sparked my determination and fueled my desire to do what has never been done before. In the end I worked disjoint from the Go developers (besides for the seldom question), even despite their multiple attempts to dissuade me and my efforts (although, I have to give a shout-out to Ian Lance Taylor for helping me when others didn’t want to bother). I made changes to the language as a whole, adding a new built-in type, a concurrent map. This resulted in numerous changes to the runtime and compiler that majority of which I had learned from experimentation and trial and error. At the end of the program, my presentation had impressed my peers, and in my mind my rivals, to nominate me for the Peers Choice for Outstanding Project. While most others of my rivals were in groups of 2, one even in a group of 3, and even though they were given the bias of having more time to present, not only did I outperform them, but I garnered enough of their respect to receive a majority vote. The version of the concurrent map can be seen here. 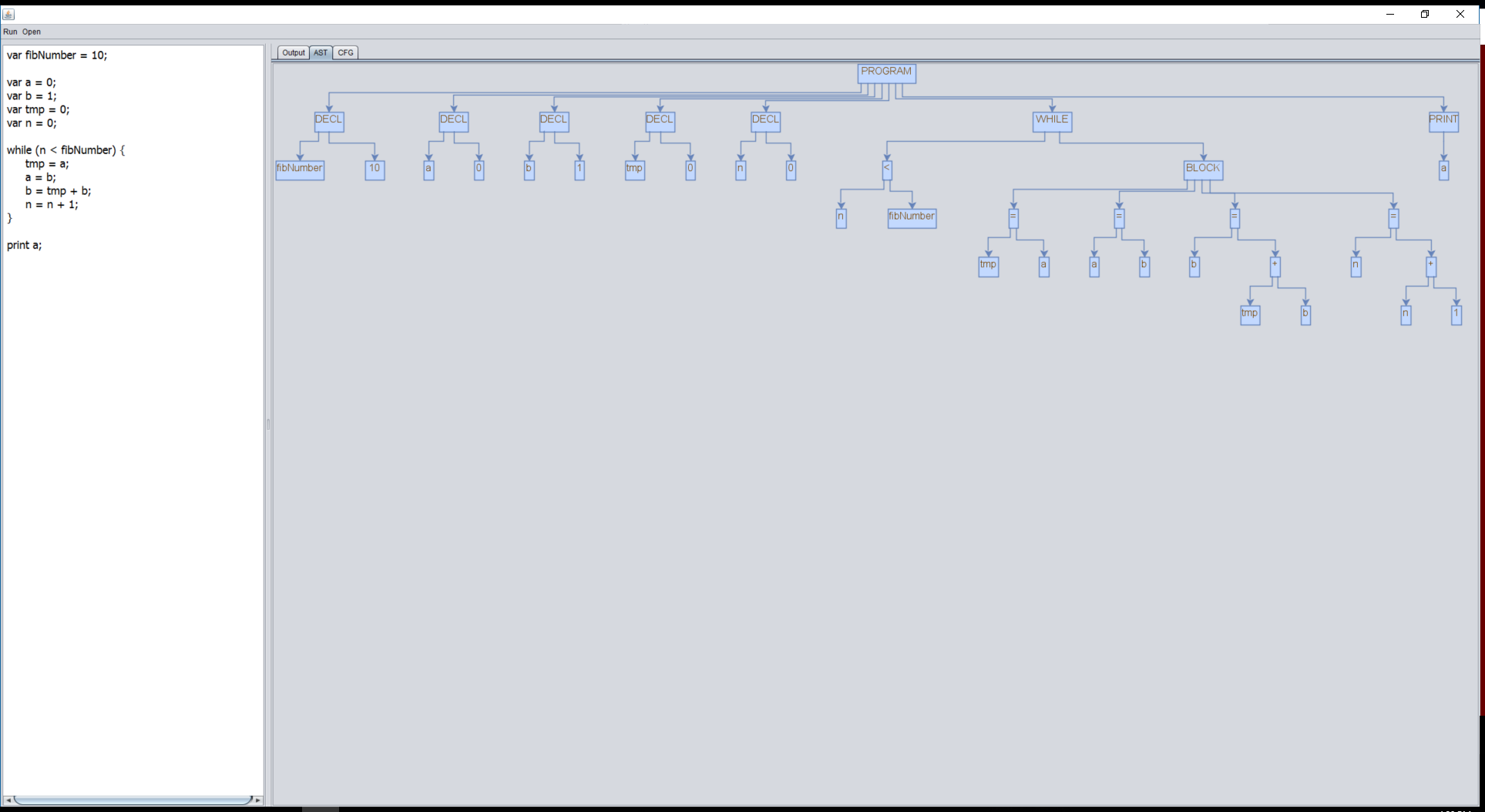 DSL is a very minimal domain specific language written for a Theory of Computation course. For my final project, I decided to make it interesting by taking the opportunity to learn more about how languages are made, and how else then by making one yourself. In this project, I used YACC and Bison (in this case, a particular extension for Java) to teach myself the basics of compiler design (as my school no longer offers this). The DSL also came with a very-minimal text editor that showed not only the output of execution, but the Abstract Syntax Tree and the Control Flow Graph of the program itself. 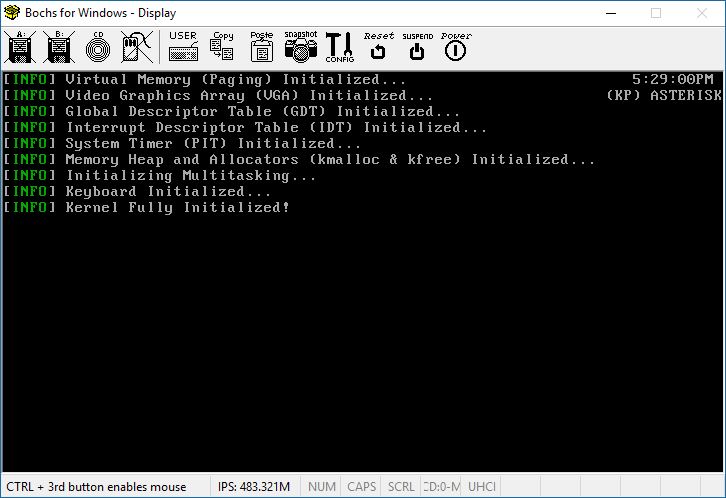 To achieve the ultimate challenge, I took to creating my own Operating System. Unfortunately due to time constraints, updates and progress are made in bursts. Currently, it is targeted for the x86 architecture and has a minimal implementation of interrupts, memory management (virtual memory), and multitasking. 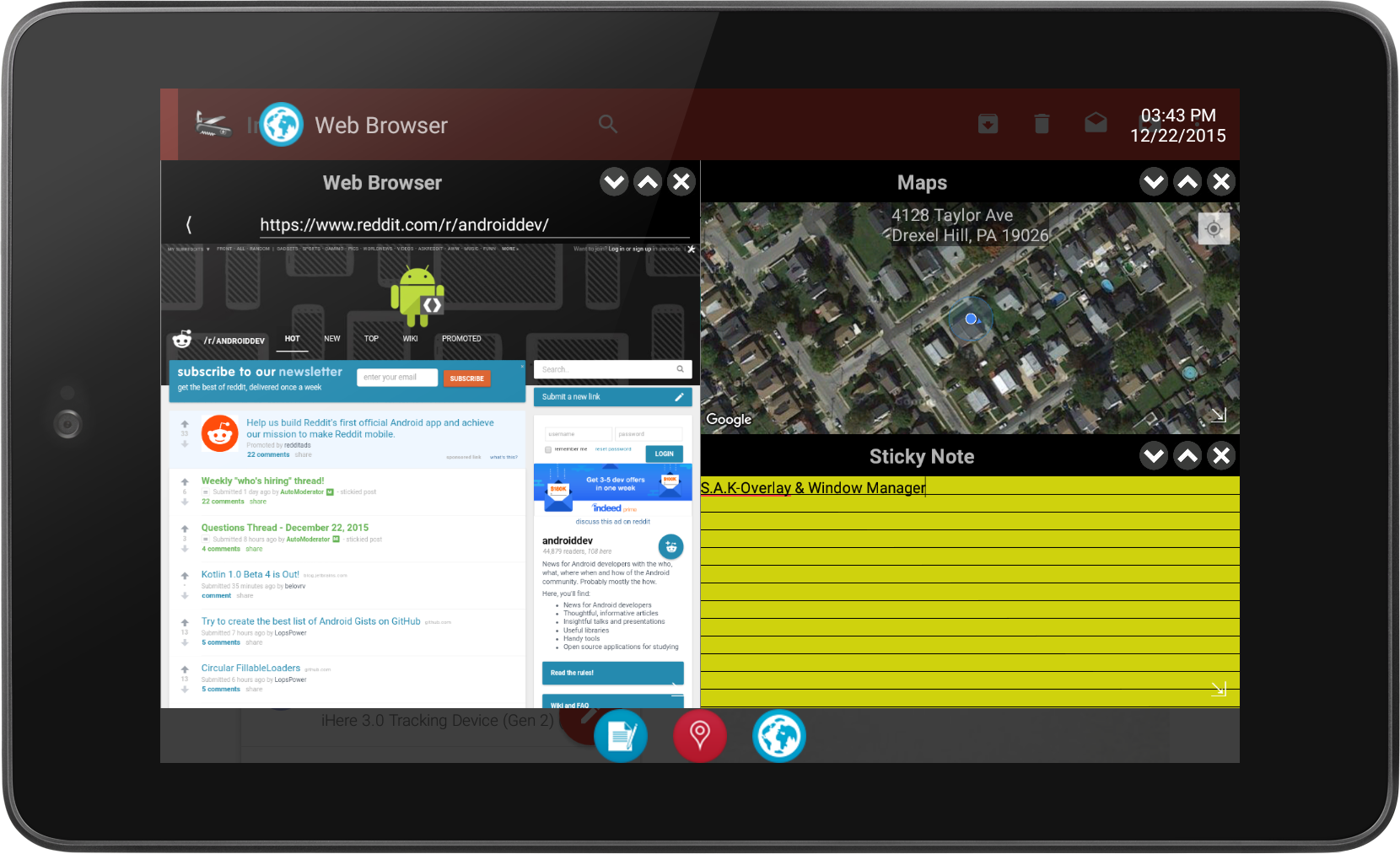 My one and only Android Application I’ve ever wrote. When I wrote it, I had the idea that it would be my playground: Anything I wanted to do, anything I wanted to learn, could be done in a single application, which gave it it’s name, the “Swiss-Army Knife Overlay”. The final product was meant to be used while gaming, in providing a kind of Steam-like overlay which is non-existent. As well, it later was planned to have the ability to create your own ‘widgets’ which are mini-windows, as can be seen in the screenshot through a drag-and-drop WYSIWYG editor. Unfortunately, time constraints lead to it being cut, and the fact that I was running out of things to learn from it. It was always meant to be open source and free, but unfortunately it has died due to never being complete. 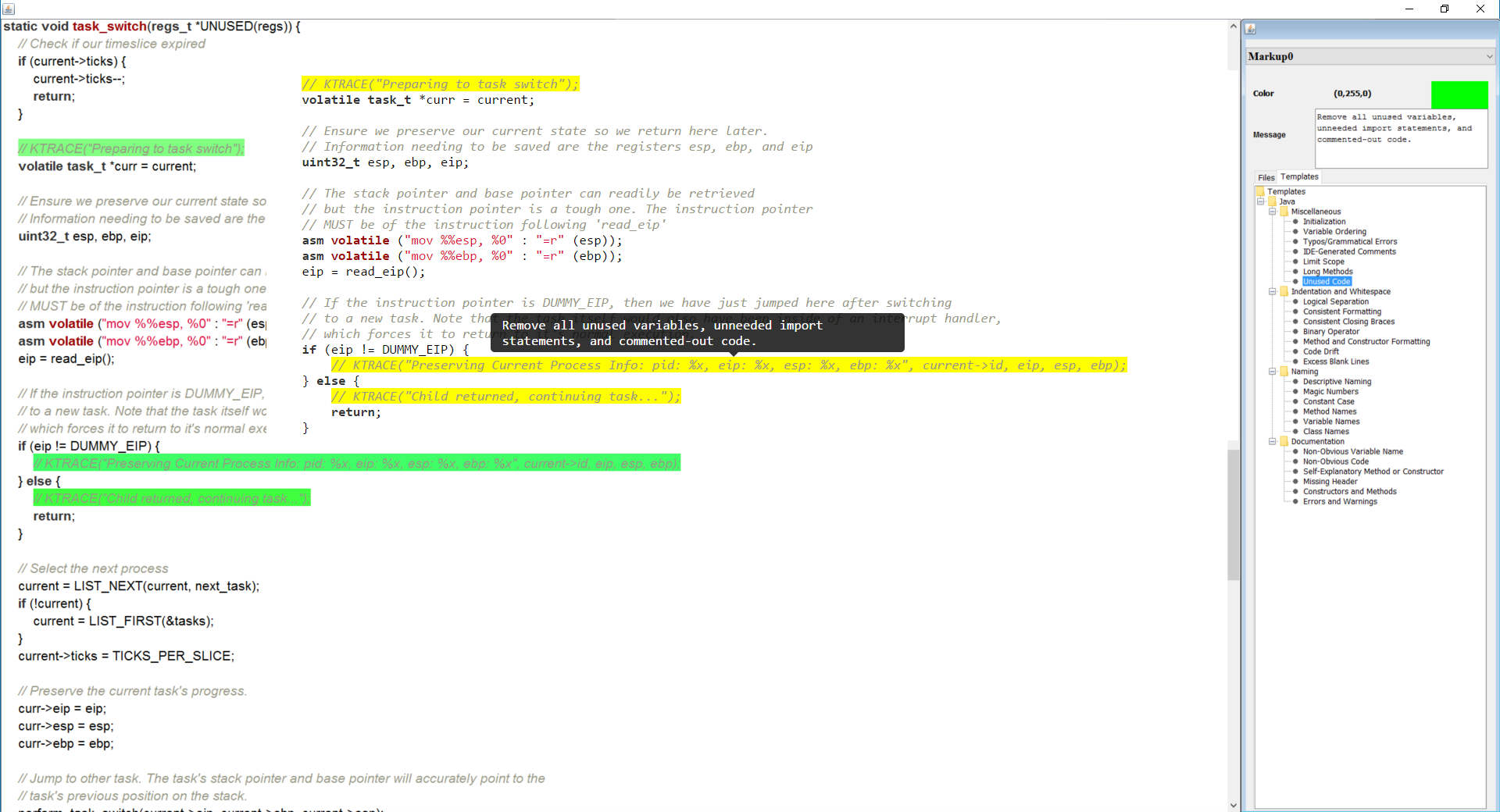 For an “independent study”, which meant me creating software for credits to make it easier for the professor to grade homework assignments, I developed “Code-Glosser”, an academic enrichment tool with the sole purpose to make giving feedback effortless. Code-Glosser pretty much allows you to markup a student’s code similar to a highlighter or pen, except without the inconvenience of having to do it on paper. It also allows the reuse of templates, which are markups already prepared ahead of time. It supported marking up entire projects (multiple files and directories), as well as 169 langauges through the highlight.js library. Releases for can be found here for the curious and any issues can be submitted to the issue tracker, here. This was shown at an department seminar at Bloomsburg University.

For a course called the “Organization of Programming Languages”, I decided to create a Java Virtual Machine in Haskell. This was purely for a challenge, as everyone else in my class decided to do things they were more familiar with, I chose two things entirely new: Functional Programming (Haskell) and Runtime Systems (ByteCode Interpreter). The end-result was a very minimal Java Virtual Machine that ran a very small subset of bytecode instructions, running actually valid ‘.class’ files generated from Java and even Scala (with some issues) that used bytecode implemented. Was a very fun project.

My very first project, which still holds a place in my heart to this day, the amount of times I’ve tried ‘revising’ it is reflected in the absurd number of commits. The project itself is defunct and I wouldn’t use it for any project like it was intended to be, but it was my first GitHub repository. It was my literal playground to teach myself C and as much theory as I wanted. There, I’ve created a thread pool, lock-free data structures (Stack and Queue using Hazard Pointers), abstractions for memory management and reference counting, and much more. I’ve learned so much from it, and put so much work into it that it deserves to be listed here.